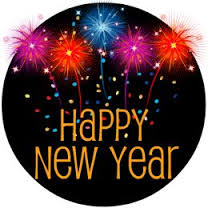 Out with the old and in with the new, 2014 is long gone, tah-tah-tootle-loo we will see you.  Another chance for all of us to somehow get it all right … Yeahsus, good luck on that?

The line at Starbucks was 12 deep at the drive thru, what in the world are those people putting in that coffee?  First move out of the bag for the New Year was to change out my avatar to a more recent photo, the one I had been running was about ten years old, not exactly a fair representation of what I now look like.  Makes me wonder how many people cheat on their age, weight and circumstance on FaceBook?

Bet the numbers are high.

Everyone is wishing people well, at least once a year, we can be civil to each other, and that is somewhat refreshing.  Lot of photo’s of the snow and the cold, which is normal for this time of the year, but totally unexpected by a great many people.

What do you actually do on a snowy day in Texas or Oklahoma?

How do you amuse yourself when you are socked in.  We like to sit at the kitchen table, the Mrs. and I, arranging all of our slides for the funeral home just in case, you never know.

Braving the cold, walked out to the mailbox and there it was.  It’s official now, got the email just this morning, the I.R.S. has declined my request to be removed from their mailing list and it appears we will have to cough it up again.

Which means more exciting video’s at supper time from the Middle East as America launches another $2.5 million dollar missile to destroy one lonely pickup racing thru the sand with some unsuspecting rag-head behind the wheel.

4 thoughts on “One More Day In Paradise”