Men are so stupid.  There I said it again.  A friend of mine is down with the flu and someone suggested to him that he might have to go see a doctor, as it has been awhile.  His answer just about blew me outta the proverbial boat, he said:  “Since they all stopped speaking English, I stopped going to see them.”

Which I found amusing to say the least.

In Oklahoma there is actually a program in place to hire foreign doctors in the Panhandle because of the scarcity of hospitals and good medical treatment in the small towns of the plains.  Kind of like that show that was on a few years ago, “Northern Exposure.”

Most likely my friends’ medical provider would be the VA (Veteran’s Administration) as they sort of run the gauntlet of foreign doctors.  You can find Pakistani, Indian, Asian, you name it, they have it.  My doctor at the VA was named Dr. Lau (pronounced Low) and he at times drove me nuts. 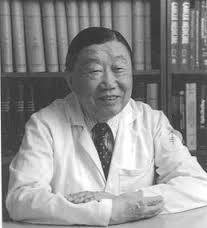 Dr. Lau was a little guy, about 4’6” maybe 110 lbs soaking wet, and spoke “broken English.”  He had a special way of staring right thru you and sort of looked nervous at times.  Reminded me of that crazy cab driver in the Philippines in sixty-five that tried his best to kill us before we even got to the end of the pier.

He would walk into the room, in his white frock, looking like a midget sized mad scientist, look at me and say … “Whut sugar blood?” and I would say …. “Huh?”

He would then repeat it .. “Whut sugar blood?” … at that time I would lean in, real close, and say to him …. “Repeat it ONE MORE time, this time very slowly Doc.”

He then would say, “You know speak Engrish?”

We finally figured out he was asking … He was trying to say “What is your blood sugar.”

First time he gave me a prostate exam, he had me bend over and he lubed up and then proceeded to stick about three feet of broom handle (well, it FELT like a broom handle) up my wahzoo.  I looked over my left shoulder, caught his attention, and said, “Hey?  Aren’t you supposed to buy me dinner first or something like that?”

He jumped back and said, “That not funny.”

Maybe so.  But he always wanted to do it, each visit, out came the rubber gloves and the petroleum jelly.

I have found in my life, “Asian’s as a rule, do not have much of a sense of humor.” (my wife, who is Asian says I am not funny all the time.  But then again, this is a woman who speaks five languages, and says, “English easy … You just make it up as you go!) 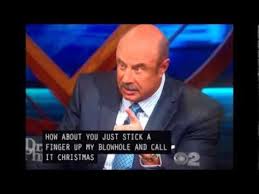 An Australian went to Hong Kong on vacation and after about four days he “noticed a little discomfort down under” and we are not talking about Sidney or Brisbane here.  So he makes a trip to a caucasian doctor and the doctor inspects his member and says, “Oh no, you have the rare Black Rose.  It is a strain of VD, a very lethal STD, and you need an operation right now.  We might not be able to save it.”

The Australian said, “How much is this going to cost me?”

The Asian doctor is somewhat amused.  He says, “Oh, not so.  Caucasian doctors want money, all about money, do operation now, I make money.”

So the Aussie says, “Well whadya think … should I get the operation?”

And the little Asian doctor looked up and said, “Oh no, bad move.  You wait … It fall off all by itself, maybe two weeks.”