Big buses and the people who drive them.

END_OF_DOCUMENT_TOKEN_TO_BE_REPLACED 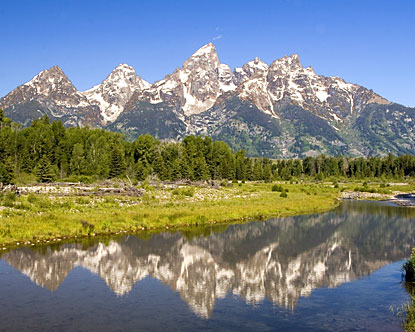 When I travel, I usually take a few shots, to share with the boys at home.  Most of you do that right?  One good measure of communication, is the photo, something to help the piece along. 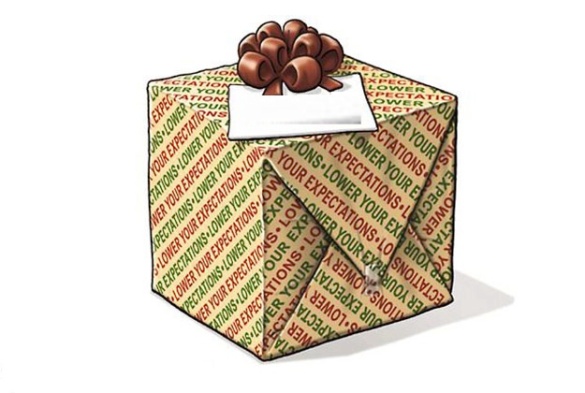 END_OF_DOCUMENT_TOKEN_TO_BE_REPLACED

I believe JayLo is better looking than Brittany thumbs up.
I believe “standing by one-self is impossible.”
(I was just beside myself officer, no really)
Why is it so hard for women to find men that are sensitive, caring, and good-looking?
Because those men already have boyfriends.

END_OF_DOCUMENT_TOKEN_TO_BE_REPLACED 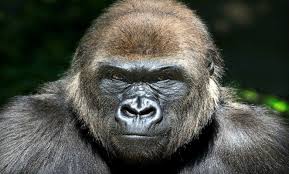 “Even a determined heart cannot remove all problems of life, on the other hand, it would be awfully dull and boring, if everything went the way we wanted it to on most days.”

END_OF_DOCUMENT_TOKEN_TO_BE_REPLACED 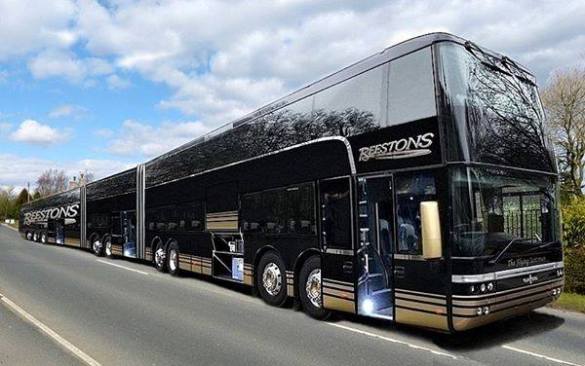 Entering my third week of self-imposed exile from bus boards, and I have to admit, “I am feeling a sense of accomplishment, relief, and very little anxiety.”

END_OF_DOCUMENT_TOKEN_TO_BE_REPLACED 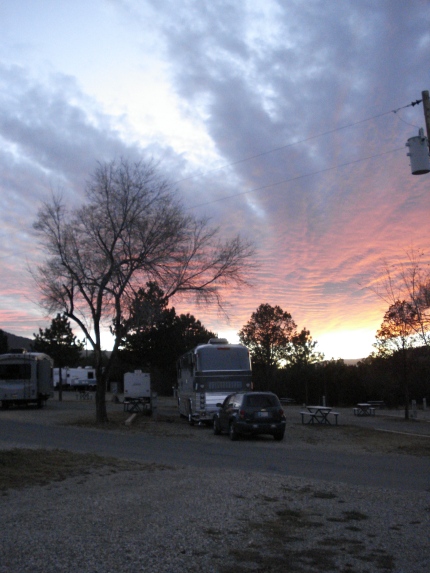 “Totally New Year on tap, and one thing I feel like doing is “dropping out.”  Most people would be making resolutions to “hang in there, and make it better.”  Not me.”

2013 a New Year!  We should finish out our bus this spring, it has been a long, long walk down the path, but the end is in sight.  It should all come together this year and that will be it.  Today I am reading the bus board and a guy who has a bus just like mine, that has had him stranded for four or five days because it will not start says …. “I am going to lie underneath it and let it speak to me.” And I suppose that is my cue to exit this kind of non-sense.  So in 2013 I am giving up bus boards and will no longer waste my time adding to them or reading them. 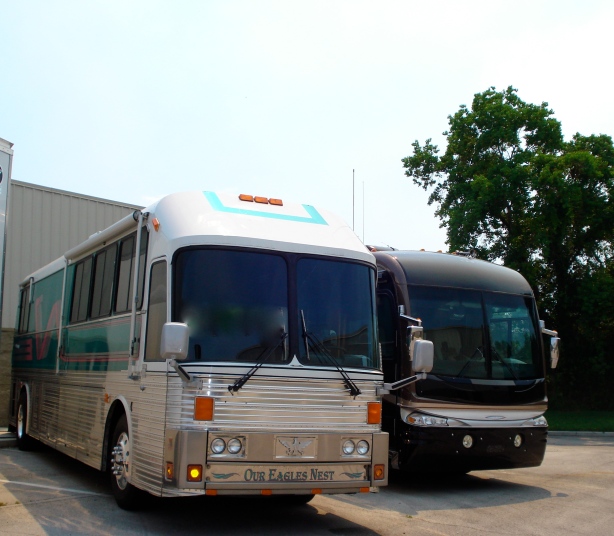 It wasn’t all that long ago, we embarked on this adventure of sorts.  We searched high and low for the perfect used bus and dove in head-first.  Welcome to the bus community and Internet bus boards.  And there, began the education of sorts, on buses of every shape and model and bus guys.

A bus guy will find some worn-out old bus, sitting in a field or a lot next to a church somewhere.  Locate the owners, talk them down from $10K to $6,500 and some change and (if it starts and he is lucky) drive off with his prize.

Only to discover it is shot, hasn’t been oiled or lubed in over ten years, needs tires and lot of TLC.  So the next logical step is to come on the bus board and inquire if anyone has any free tires, they want to give away.

Boring is often a word I hear mentioned when it comes down to bus owners.  This close knit fraternity that is often referred to as “the bus community” is kind of like a dysfunctional family of sorts for lack of a better word.  One outfit claims to have a membership in the high 300’s and when they have a meet, it is the same tired bunch of owners who show up, a handful, 10-15 less than 10% of the status quo. 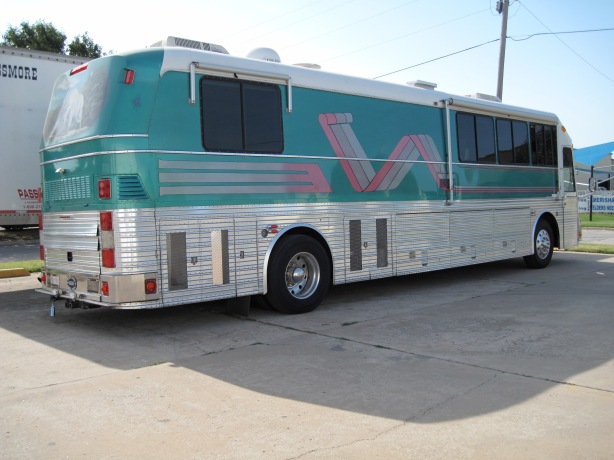 A great many bus owners are also snobs.  Whatever I am driving is the best in the west, and everyone else, well, they kinda suck.  The unique thing about it all, is it just not only one brand of bus or buses, it is several.  Little cliques of folks who believe their particular brand of coach or bus is the best and to hell with the rest, seems to be a common thread in the bus community.

And now the saddest commentary on this entire thing.

I find that I now think it is “normal” to walk up to the fuel desk and tell the guy … “$400.00 on pump six” and not even think twice about it.  That is pretty lame and most of the time it doesn’t come close to even filling the tank.  I remember a time when I did not have a bus, was making $27 a day and a lot happier than I am now.

Having been on both sides of the fence, owning a bus and driven RV’s of varying brands and/or makes.  I can say this.  All the sticks and staples outfits cost me far less money in the long run, and the caliber of the people I met that had them were far superior to bus people.

Totally New Year and one thing I feel like doing is “dropping out.”  Most people would be making resolutions to “hang in there, and make it better.”  Not me. 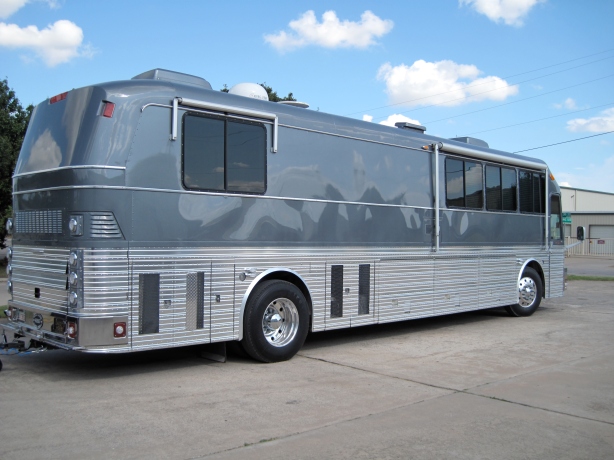 It is time to leave all this to those who enjoy it.  With the New Year approaching and a fresh start, I feel it is time to remove bus boards from my life and get back to basics.  Which is good for me, I desperately need a change of pace and I have always enjoyed new beginnings.

2013 may bring a surprise or two and from time to time, I may find myself still at the table, patiently waiting on the deal, that is to be expected. Surprisingly, I have very few misgivings at this stage in my journey. 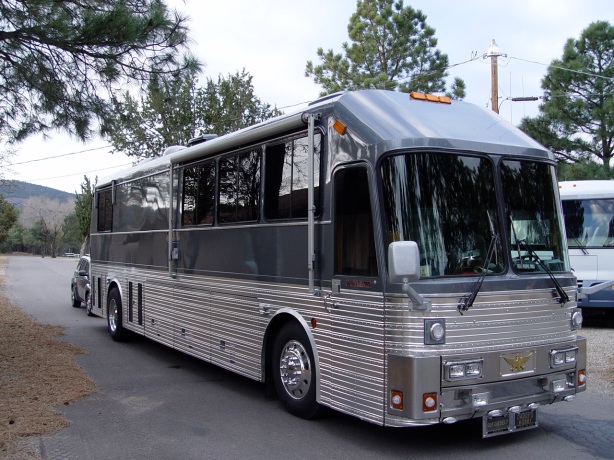 New or Old … One thing is for sure, I have tired of bus board banter, and bus boards in general.  Won’t be playing that game any more.  That part of my journey is now behind me.

2013 will find me trying to keep a 30-year old museum piece (’83 model bus) on the road and in good working order and at the same time, allowing my grandchildren to see a little more of the country, one state at a time.  In other words, I will take the cards that are dealt to me and do the best of it as I can.

We have few options other than that.

Hey!  We are back and it is good to be home.

October 1st, 2012 gimme a ghoulish vampire or monkey mask and a big ol Pumpkin, fall is in the air!

Our first bus adventure took us deep into the heart of the state of Texas and then later on, up to the Southeastern portion of our home state Oklahoma.  We met with friends there, enjoyed a story or two, and some good food, then came back home.  (Pictures are included here, please follow the links.)

More or less floated a day or two with some other friends here at the Goat Farm and then attended another bus get together 35 miles from the house.  This was at a gathering entitled The Three Amigo’s in Oklahoma City where met and made new friends, where we were introduced to some very interesting people in that group.  Its always nice to make new friends with which to mingle.

It has been an interesting and productive couple of weeks.  The bus has been backed into the shop and it is sitting there kind of forlorn and sad (If a bus is capable of such things?), waiting on our next adventure whenever that might be.

A great deal has happened in our absence and there are a lot of new items to be pushed to the front burner of the stove.

For instance we went shopping at the Mall in the Dallas area recently and I discovered that I am now a minority in my own country.  Perhaps one of these days I will write an article on it entitled A Foreigner In My Own Land or something.  Walking along with the wife in this shopping mall, surrounded by people of middle eastern origins, blacks, mexicans, and the presence of very few white people, surely was an eye opener for me.

Give and you shall receive:  Reading newspapers in restaurants in different cities has always been one of my hobbies.  I read where a Dallas girl, had found $2,000 and handed it over to the authorities and was finally rewarded for her honesty.  There is however, a glitch here, there is always a glitch.

She did the right thing, no doubt about it when she found the money in a sack in a north Dallas parking lot and turned it in to police.  They told her that if no one claimed the money, she would be entitled to it.

After waiting the allotted amount of time, she went to collect the money and was told that the city was going to keep the money after all.  The resulting media outcry prompted an unnamed donor to reward her with $4,000.  The the city reconsidered their stingy bastard behavior and gave the teenager the $2,000.  In the end, for her honesty, she was $6000 better off.

It is a shame cities or governments have to be forced to do the right thing these days.

Stoooopid Crook Files:  A man, wanting to rob a downtown Bank of America, walked into the Branch and wrote this, “Put all your muny in this bag.”  While standing in line, waiting to give his note to the teller, he began to worry that someone had seen him write the note and might call the police before he reached the teller’s window.

So he left the Bank of America and crossed the street to the Wells Fargo Bank.

After waiting a few minutes in line, he handed his note to the Wells Fargo teller.  She read it and, surmising from his spelling errors that he wasn’t the brightest light in the harbor, told him that she could not accept his stickup note because it was written on a Bank of America deposit slip and that he would either have to fill out a Wells Fargo deposit slip or go back to Bank of America.

He was arrested a few minutes later, as he was waiting in line back at Bank of America.  I just love stooopid crook stories, they always make me smile.

Reach Out and Bug Somebody:  Employee’s of an Amtrak train headed for Salem, Oregon, stopped the train so that a 39 year old man could be escorted off the train at a non-scheduled stop.  The man allegedly spent “16 hours” talking on a cell phone in a “quiet” car.

Everywhere we went this year, the phones and the electronic’s were there.  My wife even has her phone rigged up to automatically send a photo that she has taken, back home to the computer and placed into storage.

This simple feat of technology just amazes me.  I have pictures in my cellphone that are over three years old, I don’t know where it is they reside, nor do I know how to retrieve them and get them out of there.  Now …. Ask me if I care?  That are about it for today, we are back, somewhat rested and in the groove, hope you enjoyed the brief hiatus as much as we did.

The following slide show is a sampling of the coaches present at the Three Amigo’s Bus Rally recently held in Oklahoma City.  I don’t believe we missed any of them.  I did not label the coaches, because I was not all that sure of the owners of the coaches represented here.  It is however, a fair showing of the equipment that people drove from all over the United States in order to attend.

Related Article:  Back Home And Re-Charged.