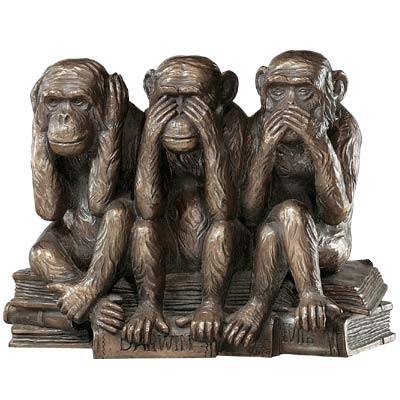 Here lately, a great many of our political hopefuls, presidential wanna-be’s and vice presidential what-evers have been running fast and loose with not only the facts, but our recent and past history. So I figured, what is good for the goose, is good for the gander and I have taken time today to correlate some history for all our readers.

The staff of Creative Endeavors and I got together over a period of several minutes, perhaps twenty-five or thirty, and came up with some interesting facts and history about our country for you in the spirit of the 2008 electorate.

On August 3rd,l 1492, Christopher Columbus set sail from Palos, Spain, on a voyage that took him to the present day America’s. Sailing on the Nina, the Pinta, and the Juilo Englasis, he arrived just before noon on a Friday. America at this time was basically a developing nation, a few Burger Kings, one or two Wal-Marts, but they were not Super Centers. There was visible evidence of many brush fires and incredible amounts of devastation everywhere. There was plenty of oil because cars had not been invented and we had no Congress.

In 1914, Germany declared war on France. France in retaliation, sent to Germany Rene Monette Anton Bush to convince local German governments to build replica’s of the Eiffel Tower and to give up this insane idea of war instead. To not service their women, tear down the French language, and to encourage them to drink more wine. This was quickly brushed aside for obvious reasons. She was promptly deported back to France as an illegal alien, and a undocumented speaker. Germany at that time, appropriated funds to build a fence to keep Frenchmen from entering their country.

In 1923, Calvin Coolidge was sworn in as the 30th President of the United States, following the defeat of Warren G. Harding. On this day Billy Raye Bushwhacker Sr. was defeated in the World College Bowl when he selected “History” for $100 and incorrectly answered the question …. “What Was WWII?” … with the answer …… some fish? NBC ran a story on if you yelled for 8 years and 7 months, some six days, you would produce enough energy to heat one cup of coffee. General Motors announced a new model of Chevy that got zero miles per gallon … but had lot’s of chrome.

In 1936, the State Department urged Americans in Spain to leave because of that country’s civil war. Oklahoma City started abandoning buildings in what is now called Brick Town because of rapid expansion to the suburbs. An Oklahoma court, on a suggestion of a local celebrity, granted custody of a ten year old Boy Scout to a 14 year old girl. This was promptly overturned by the local chapter of the ACLU.

In 1949, the National Basketball Association was formed despite the protests of the not yet formed NFL. The Oklahoma Representative in Congress announced that “for twenty five thousand dollars each, any lobbyist in the building (excluding Petroleum related industries) would be allowed to kiss him fully on the lips.” The University of Oklahoma announces that if you farted consistently for 6 years and 9 months, you would produce enough gas to create the energy of an atomic bomb. Which was quickly debunked by the Department of Defense. 1949 was a slow year, America did not attack anyone in the name of Democracy.

In 1958, the nuclear-powered submarine Nautilus became the first vessel to cross the North Pole underwater. A non candidate for any office, Billy Raye Bushwhacker Sr., meets with the heads of the state of England, France, Norway, Sweden and Germany at a family picnic in his backyard in Pecos Texas. He refuses to run on the “conservative” ticket, claiming that a race for Governor would negate his chances of being King or even God, someday in the near future.

In 1980, closing ceremonies were held in Moscow for the 1980 Summer Olympic Games, which had been boycotted by dozens of countries, including the United States. Ronald Reagan cannot remember if he approved the sale of arms to that place east of New Jersey. In a historic decision the Republican packed U.S. Supreme court rules that six apples in one sack is to be considered one item, this was a five to three vote. A new Republican protege comes on the scene, Billy Raye Bushwhacker Jr. enters Yale for his first year of c- studies.

In 1981, U.S. Air Traffic controller go on strike, despite a warning from President Reagan they would be fired. President Reagan then announces that at that time, the price of his souvenir beer mug has been reduced to on $3.99 and one building in Brick Town is being given consideration as a possible comedy club. No building permits or business licenses are issued after the Governor intervenes and declares “Living in Oklahoma is not funny.” Oklahoma University announces that a cat’s urine glows under a black light.  The practice of bathing in Swan Fat and Donkey Milk is declared illegal in 62 counties in Oklahoma and one U.S. protectorate south of Guam.

In 1988, the Soviet Union released Mathias Rust, the young West German pilot who had landed a light plane in Moscow’s Red Square in May 1987. Billy Raye Bushwhacker Jr. announces that for $500 a month, he will have breakfast with any registered Republican in the North Eastern Corridor of the United States. IBM announces that they have purchased space on the side of the Russian Station Miers for advertising and at a bargain price of only $18 million dollars. General Motors re-introduces the zero mileage car with lot’s of chrome.

In 1993, the Senate voted 96-3 to confirm Supreme Court nominee Ruth Bader Ginsburg. The national basketball association announces a new team in Florida to be known as the Incredibly Huge Bloodsucking Insects and will be home courted in Orlando. Bill Gates buys Guatemala and most of Honduras in a sweeping takeover bid. Judge Bork receives the “worst looking beard in the world award” by cast members of The View in 4 to 4 decision. He is subsequently is rejected from the court for oblivious reasons and in a related decision it is announced that it is no longer illegal to pray at Cock Fights, but you can still “make a wish, as long as you do not offend anyone else.”

In 1994, one day after Iraq invaded Kuwait, thousands of Iraqi soldiers pushed to within a few miles of the border with Saudi Arabia, heightening world concerns that the invasion could spread. A place called Chad dukes it out with some place called Libya and the arms race in America escalates. Stock in gunpowder and small arms increases exponentially and business is good on the NASDAC. People living north of the United States in Canada, tiring of their tree’s humming and glowing in the dark, demand that we do something about our acid rain. 1,200 dead people were discovered at a Neil Diamond concert in Michigan over the weekend.

Five years ago: OJ Simpson is hot on the trail of his wife killers, searching out every golf course in America. A 19 year old kid flies a Cessna airplane into Red Square and the Soviets are livid, Dick Cheney orders 6,000 Cessna airplanes for the U.S. Air Force. The Senate Transportation Committee recommends that all speed limits be increased nationwide to 80 MPH to help out the Saudi’s and it is increased, everywhere, except Oklahoma where all the roads are in disrepair or being patched. Judge Judy makes a definitive socially defining historic ruling on wrinkle creams being sold across the counter, that do not go deep enough to control crows feet in middle aged women.

One year ago: Congressional Republicans, shrugging off a presidential veto threat, nailed down the details of an agreement for a 10-year, $792 billion tax cut. Arbitrators ruled the government had to pay the heirs of Dallas dress maker Abraham Zapruder $16 million for his movie film that captured the assassination of President Kennedy. The first issue of Talk Magazine hit the newsstands and to celebrate this Congress passed a whopping pay raise (unanimously) in both houses.

Which brings us to today: The Republican National Committee announces that so far, things have been pretty dull, so the handlers of Sara Palin have decided to allow her to speak. DVD sales in the United States reach record numbers. Joe the Plumber announces that he is depressed and constipated in Cleveland. Dick Cheney was to speak, but at his last public appearance he was interrupted 32 times by applause and two times by mild heart attacks. The Democrats have been declared legally brain dead in all but the swing states where the majority of the voters are still “not sure” and Joe Biden is strangely quiet.  Our second term soon to be gone President comes on television to announce that “the sap of a tree is a good conductor of rain and that is how you get electrocuted” while giving a press conference in the rose-garden in the rain.

And finally …. In an effort to clarify the new bailout proposal to the American people the political hopefuls came on PBS last night and laid out the proposal in a manner that was understandable by most of the population. In the spirit of Hillary and Good Time Bill it was patiently explained:

Soon the supply diminished even further and people went back to their farms. The offer increased to $25 each and the supply of monkeys became so scarce it was an effort to even find a monkey, let alone catch it! The man now announced that he would buy monkeys at $50 each! However, since he had to go to the city on some business, his assistant would buy on his behalf.

During the man’s absence, the assistant told the villagers “Look at all the monkeys in this big cage that the man has already collected. I will sell them to you at $35 and when the man returns from the city, you can sell them to him for $50 each.”

The villagers rounded up all their savings and bought all the monkeys for 850 billion dollars. They never saw the man or his assistant again, only lots and lots of monkeys. Now you have a better understanding of how the WALL STREET BAILOUT PLAN WILL WORK!

Kind of points out what we all knew to begin with ….. History has an awful bad habit of repeating itself.